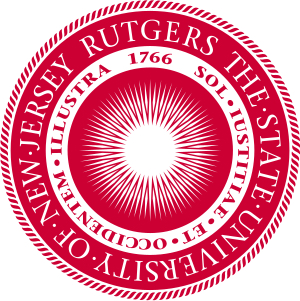 On the Banks of the Old Raritan
(Faculty version)

In April 1978, a month before I graduated from Rutgers College of Rutgers University in New Brunswick, New Jersey, the university faculty and staff presented a talent show as a charity fundraiser. The finale of the program was a rendition of the Rutgers alma mater On the Banks of the Old Raritan, but revised to present the faculty and staff's viewpoint. The program was presented twice, on successive Friday and Saturday evenings. I was there for the first night and, for this song alone, I decided to return the second night and pay admission again, this time with pen and paper to write down the lyrics. I knew this would be a rare event.

As far as I know, this version has never been published anywhere until now. I don't know if anyone in the faculty/staff saved a copy, so this may be the only remaining record of that version. It's been 42 years, but better late than never!