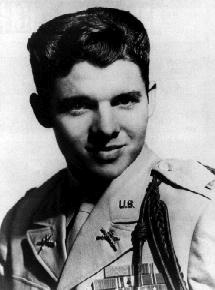 Rank and organization: Second Lieutenant, U.S. Army, Company B 15th Infantry, 3d Infantry Division. Place and date: Near Holtzwihr France, 26 January 1945. Entered service at: Dallas, Tex. Birth: Hunt County, near Kingston, Tex. G.O. No.. 65, 9 August 1945. Citation 2d Lt. Murphy commanded Company B, which was attacked by 6 tanks and waves of infantry. 2d Lt. Murphy ordered his men to withdraw to prepared positions in a woods, while he remained forward at his command post and continued to give fire directions to the artillery by telephone. Behind him, to his right, 1 of our tank destroyers received a direct hit and began to burn. Its crew withdrew to the woods. 2d Lt. Murphy continued to direct artillery fire which killed large numbers of the advancing enemy infantry. With the enemy tanks abreast of his position, 2d Lt. Murphy climbed on the burning tank destroyer, which was in danger of blowing up at any moment, and employed its .50 caliber machinegun against the enemy. He was alone and exposed to German fire from 3 sides, but his deadly fire killed dozens of Germans and caused their infantry attack to waver. The enemy tanks, losing infantry support, began to fall back. For an hour the Germans tried every available weapon to eliminate 2d Lt. Murphy, but he continued to hold his position and wiped out a squad which was trying to creep up unnoticed on his right flank. Germans reached as close as 10 yards, only to be mowed down by his fire. He received a leg wound, but ignored it and continued the single-handed fight until his ammunition was exhausted. He then made his way to his company, refused medical attention, and organized the company in a counterattack which forced the Germans to withdraw. His directing of artillery fire wiped out many of the enemy; he killed or wounded about 50. 2d Lt. Murphy's indomitable courage and his refusal to give an inch of ground saved his company from possible encirclement and destruction, and enabled it to hold the woods which had been the enemy's objective.

By the end of the war, Murphy had more combat decorations than any other soldier in the US Army, and was considered the World War II equivalent of Alvin C. York. He was offered admission to West Point after the war which would lead to a career in the Regular Army, but he opted for a transfer into the National Guard (where he eventually attained the rank of Major), and pursuit of an acting career in Hollywood after being introduced to actor James Cagney. His real-life heroism combined with his boyish All-American looks made him a natural matinee idol and star of Westerns, although the film critics were often unkind. Two roles which did receive generally positive reviews were, not surprisingly, that of Henry Fleming, the young infantryman in the adaptation of Stephen Crane's classic Civil War novel The Red Badge of Courage (1951), and his self-portrait in the film version of his autobiography.

To Hell and Back follows Murphy's life from late childhood where, a member of a poor Texas farm family, he dropped out of high school to enlist at the start of the war and then had to overcome several obstacles, particularly his diminutive stature, to get assigned to the infantry. He quickly rises through the enlisted ranks through intense fighting in Italy and France, eventually receiving a battlefield commission and finding himself on top of the burning tank at Holtzwihr. One might assume that in portraying himself on film, Murphy went on the ultimate ego trip with what today would be described as Rambo-like heroics, but in comparing the film with the official combat reports, it is clear that Murphy was actually being extremely modest and self-deprecating.

Other members of Company B 15th Infantry did find that Hollywood had "cleaned up" the battlefields far too much. One pointed out that while the standoff at Holtzwihr took place in freezing rain and a mire of mud and melting snow, Hollywood made it look like "a sunny day in the Park". Another technical inaccuracy, although quite minor by Hollywood standards, is that Murphy did his onscreen standoff on top of a burning M-4 Sherman medium tank, whereas in real life it was an M-18 Hellcat tank destroyer; the two vehicles are similar enough, with the same chassis, the tank destroyer having lighter armor but a larger more powerful gun, that the average untrained civilian would be unable to tell the difference.

Murphy died in a plane crash in 1971 on a business venture. His last film role was earlier that year, playing Jesse James in A Time for Dying.